Having grown up hearing about French Fries and French toast as dishes coming from France I was gladly crestfallen when this myth was broken for me. I could never understand why American fast food brands would sell a French dish! Over a period of time I also learnt that France is beyond just Eiffel Tower and French perfumes. So, when it was my turn to visit the country with lavender blooms, I started my journey from the quainter parts of South East France, Nice and Lyon. There has been enough written about Paris on the internet so even though I did visit it, I would focus my travelogue on the France that is less spoken about.

I flew in from Barcelona to Nice. I was pleasantly surprised that Uber worked well there. The driver spoke good English and told me about all the interesting things to see in the city as we drove to Hotel Windsor which I had booked after much research given its proximity to the city center, the Promenade Des Anglais and the train station, Gare De Nice Ville. Jerome, the receptionist at the front desk was the friendliest person I have ever met at any hotel reception. He greeted me as if I was his personal friend, explained how to make my way through the city, ensured my room was ready before time and was in general a good conversationalist. 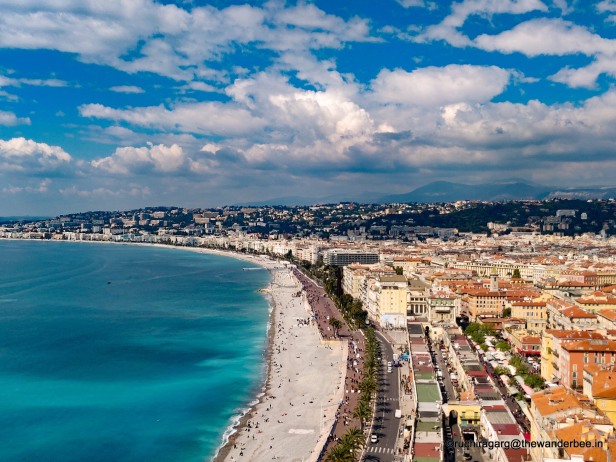 Nice is a linear city to be explored on foot. You can either chose to travel along the Promenade Des Anglais that runs on one side of the city along the Mediterranean Sea or through the lanes of the old town that run parallel to the promenade. The promenade is lined with restaurants teeming with people holding their drinks and gazing towards the waterfront. The aroma of freshly baked pastries and savories was too tempting as I walked around the lanes. The Parc De La Colline Du Chateau or the Castle Hill is an important landmark as you walk along the Promenade. The cliff top has one of the best views of the French Riviera. It was about 1. 5 kms from my hotel. This is what I did for the next couple of days. Exploring parts of old town and walking back along the promenade soaking in the beauty of the French riviera. There are trams that travel through Nice though I didn’t need them as walking was a lot more enjoyable experience.

Some notable places as I explored the old town area were:

There are many other squares like Place Rosetti, Place Garibaldi which are lined with restaurants. I didn’t find any hour of the day when the restaurants looked empty. The weather in April was pleasant with the cool breeze. Evenings were a bit chilly and I needed a light jacket. Food, wine, breeze and ease, made it the most memorable part of France for me. No wonder it’s called “Nice”!

While at Nice you can also make a day trip to Monaco which is the second smallest country in the world after the Vatican. The train ride to Monaco is just an hour long.

While it is a separate country, being so close to Nice, Monaco is a must do day trip as long as you have a Schengen visa. There are frequent trains to Monaco from Nice. You don’t need to buy tickets in advance. Just go to the train station and buy the tickets for the next scheduled train.

The Monaco station wasn’t very intuitive though. It was a bit difficult to figure the way out. So the best thing to do was what people did before the days of GPS, just ask around. The bus stop is right at the exit of the station. Monaco felt like an even richer version of Nice. The Royal palace and the Museum of Oceanography are definitely worth seeing there.

The bus from the station will drop you at Jardin De Exotique. A 5 minute walk from there led to the Museum of Oceanography. There were combination tickets available for the Museum and the Royal Palace. Its worth taking the combo tickets.

While I have seen many aquariums across the globe, the one at the Museum of Oceanography was worth seeing with the huge variety of aquatic species. There was also a wide collection of sea related objects, including model ships, sea animal skeletons, tools, weapons etc. 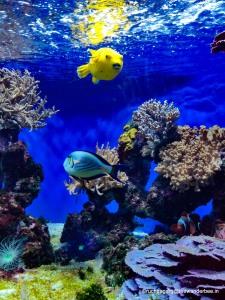 Don’t miss the photobooths to catch your pictures as a sailor. 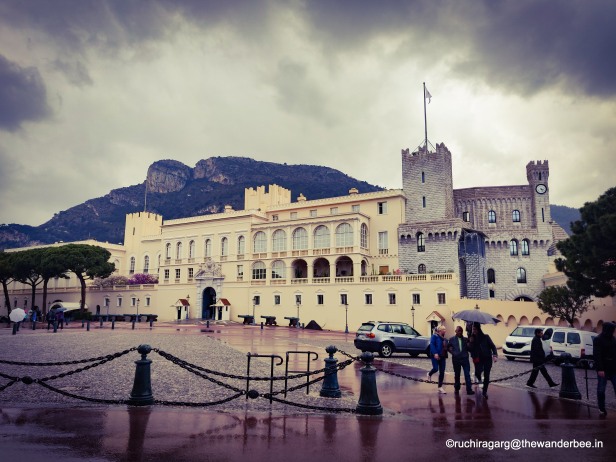 There is an Italian restaurant on the way from the Museum to the Royal Palace. Its small and crowded but one of the better food options in the area. A small market area right next to the restaurant is a good place to pick up souvenirs from Monaco. There are some food stalls as well if you just prefer to pick up something to eat while on the way. The surroundings of the palace are beautiful and offer great views of Monaco city below. Since it was raining,

I didn’t go the beaches but on a sunny day would recommend a full day trip to Monaco from Nice. Alternately you can stay at Monaco and do day trips to Nice.

My next stop from Nice was the city of Lyon. Unlike Nice, Lyon was a much bigger city. The area close to the train station was more of a financial area. As we crossed the Rhone to get to my hotel, the Vaubecour, the charm of the old town started building up. 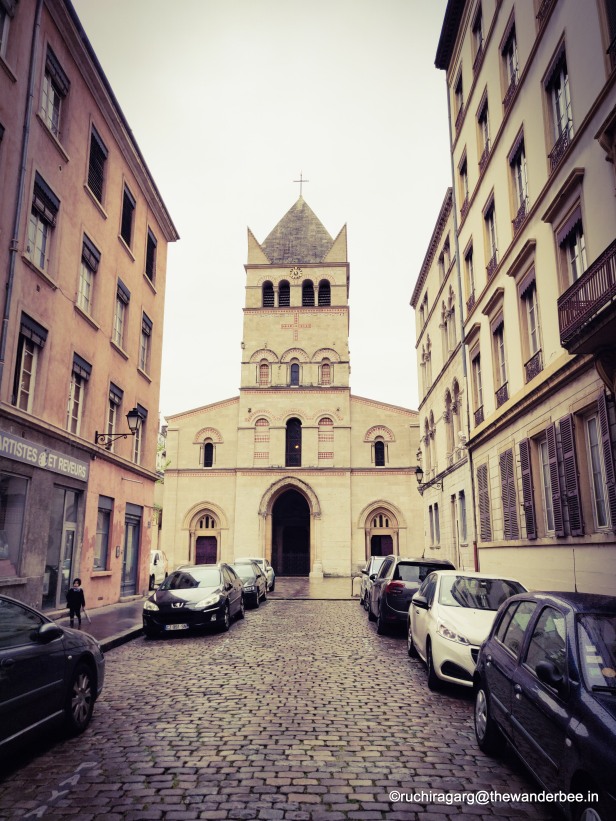 The hotel was a family-run hotel. It had a great location with the Rhone on one side and the Saone on the other. Both rivers were at walking distance. The old town or Vieux Lyon is on the Saone side. You should explore this part on foot to really experience the charm of the old European quarters.

I would recommend stopping at Café 203 for a meal there. 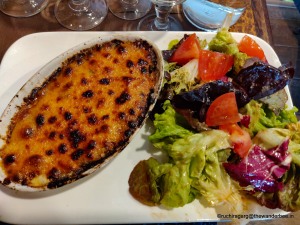 It’s a quaint café with very hospitable staff. She was helpful in making recommendations for lunch and extremely thoughtful in ensuring guests were comfortable. I would say it was one of the best lunches I had in France. Some of the other places I would recommend in Lyon are:

While Lyon doesn’t figure in the top tourist destinations of Europe. I would surely recommend visiting and spending a couple of days there.

Here are a few tips for the first-time travelers to France:

2 thoughts on “The French Connection”

This site uses Akismet to reduce spam. Learn how your comment data is processed.

Am an avid traveller and active blogger in addition to a full time role as an HR leader in a leading MNC. Every time I get to booking a travel ticket, whether for work or leisure, the one constant thought I have is what will be the new story to tell about this ticket. It has always been immensely helpful for me to find any resource that can help me know more about my destination and how to make the best use of my time there- be it a picture, a story or a review. From a Hammam in Morocco to diving with the sharks in South Africa, a little more insight from live experience has always made the travel decision easier and faster. The Wanderbee - www.the wanderbee.in- is a journal of stories from my own travel experiences. I hope these stories will continue to bring the world a little closer for my readers and fellow travelers. 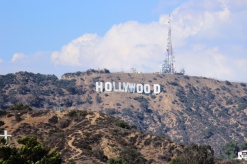 Somwhere down the road

The Battle of Waterloo, Amsterdam 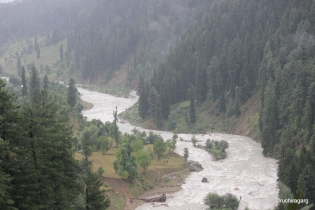 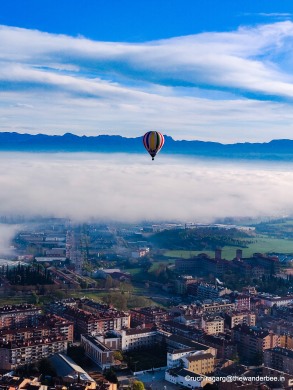 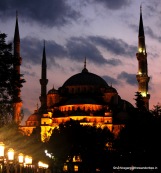 “No one lets me rest” , White Tiger in Banerghatta

Somewhere down the road in Morocco 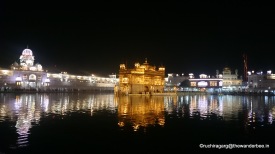 Windmills of the Gods!

any lives, many masters! 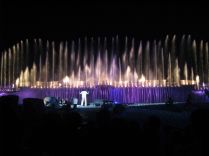 Songs of the Sea in Sentosa Islands, Singapore